I am an Australian Historical Romance and Children’s Author and Freelance Writer.

After a lifetime in the corporate sphere, from oil to beer, I opted out to follow a passion to write.

I love historical romance, ballroom dancing, golden retrievers and chai lattes. When not writing I like to spend my time keeping fit, traveling and reading. 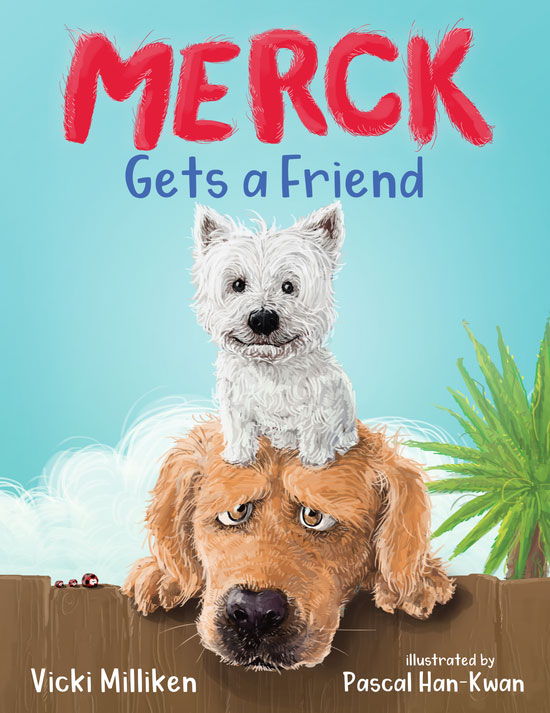 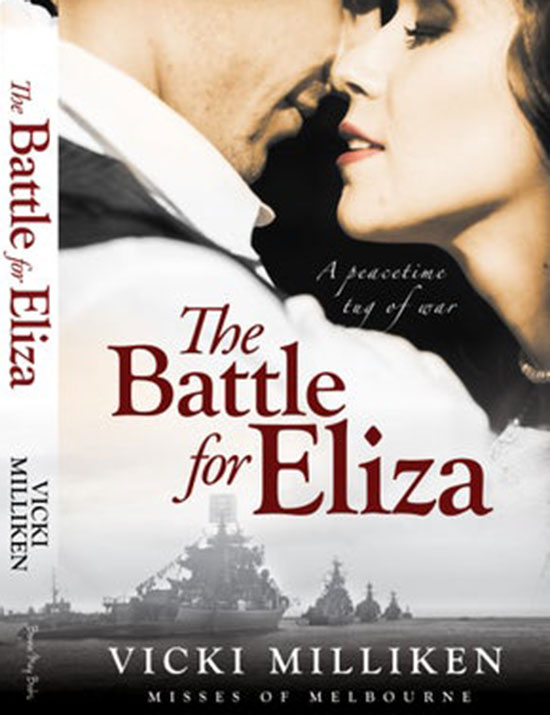 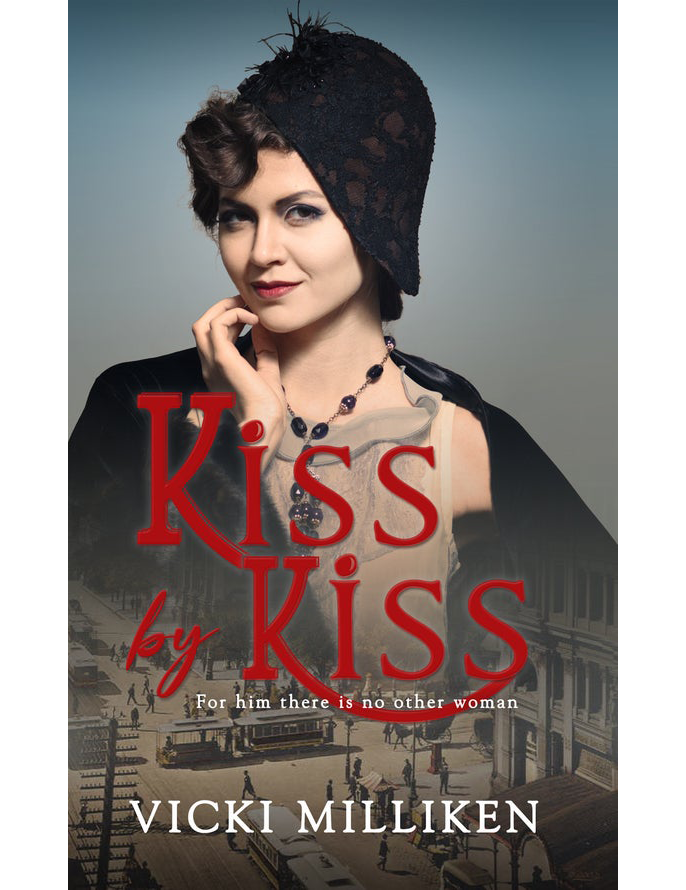 Vicki is a freelance writer and author. As a teenager she wanted to be a journalist, a marine biologist and then a primary school teacher. But her desire to explore the world was greater and so deferring university, she found a job in a multinational that would pay enough to let her do just that. North America and Antarctica remain the only continents she hasn’t travelled.

Roll forward 37 years. After an extended holiday, and lots of time to think, Vicki decided to take a sabbatical from the 50-60-hour weeks of her corporate career. A series of short courses sandwiched into weekends had rekindled her passion to write and she enrolled in a 12-month program.

When it was cancelled after 6 months, she was left with the bones of two children’s stories, 20,000 words of a historical romance and a determination to finish them and hold a printed copy of each in her hands. And then the pandemic struck!

She was lucky to find a fabulous publishing coach who held her hand during 2020 and gave her the confidence into 2021 and beyond. Her team today consists of two wonderful editors, one for each genre; an amazing illustrator; and a fantastic designer.

Vicki hopes her stories showcase humour and heart. Certainly, that’s what’s in her mind as she writes.

When not at her keyboard, she can be found walking the pathways of her local area or at the beach with her golden retriever and westie, cycling and drinking chai lattes. Most times in that order!

She’s looking forward to the day her writing keeps her in champagne (or the best Australian sparkling wine)! 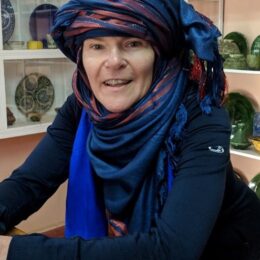 Spoil yourself and the one you love with a 1920s Romance!

Kiss by Kiss, the second book in the Misses of Melbourne series.

“A little beauty with hidden depths whilst being a thoroughly fun read!” 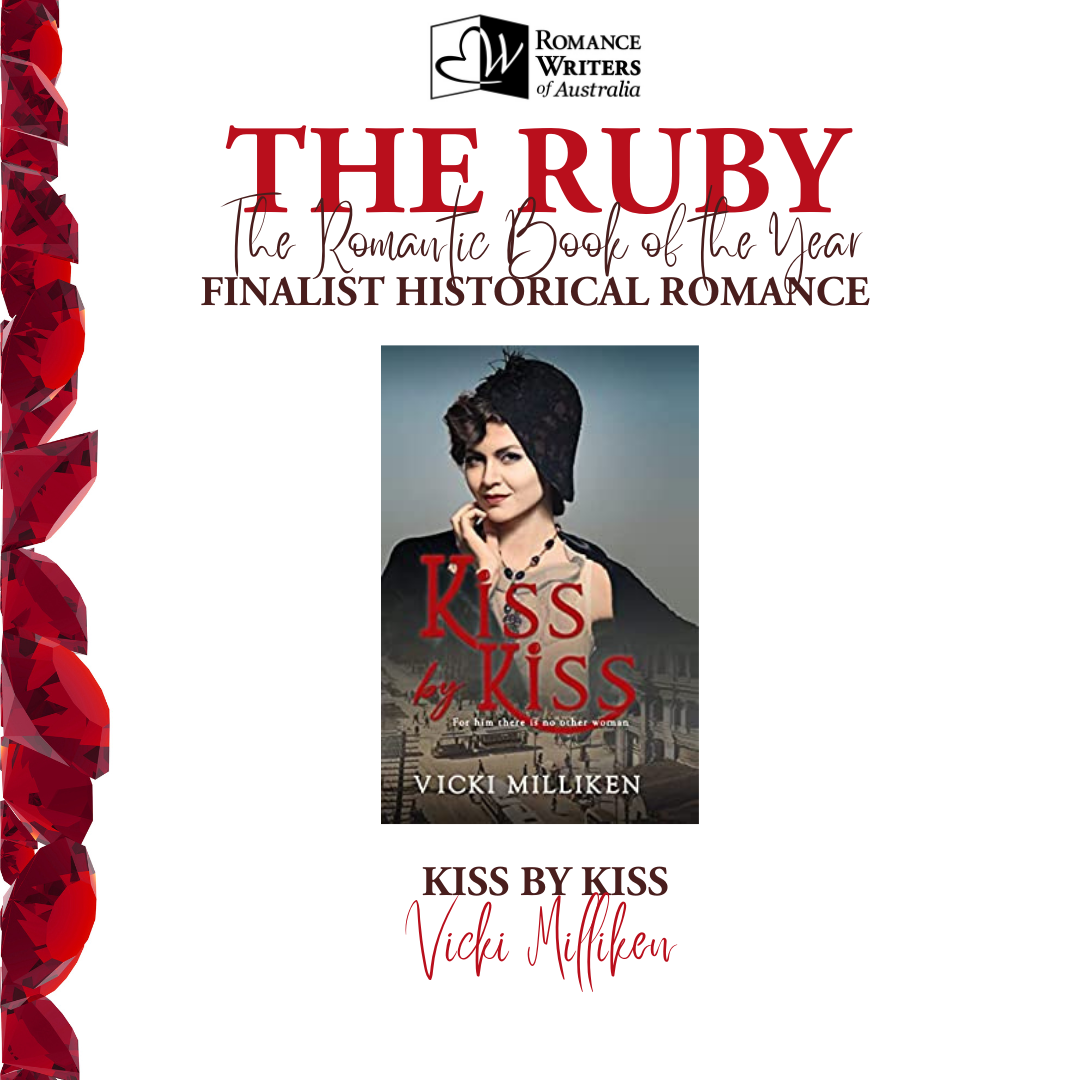 Language of … well of words …

When I first started writing stories set in the 1920s, I would receive questions about the choice of language I’d included. These questions fell into two camps. The first, how did I decide how much of the language of the time, to include? The second, whether I was sure that word or phrase was around in the 1920s?

I’m going to discuss the second question first. History is a wonderful teacher as far as language is concerned and it never ceases to surprise me, how old some of the words and phrases we still use today, actually are.

For example, during one scene in Kiss by Kiss, Daniel reflected that ‘Bec pushed his buttons.’ A friend suggested the phrase was too modern. In fact, its appearance in everyday language came about in the 1920s as electrical appliances became more common, transforming old tasks with, you guessed it,  ‘a push of a button.’

And what about the term ‘blind date.’ It turns out that this was in common usage in the 1920s also. Etymologist, Pascal Tréguer, in an article for Word Histories, pointed to its appearance in a column in 1922 in The Daily Times (Davenport, Iowa).

The author wrote, ‘Columbus may have been courageous—but consider the fella going forth on a blind date.’ A quick search in Australia’s digital archives unearthed the term as early as 1930.

This brings me back to the first question. How much language of the time to include?

It is important to be considerate of the tie between language and culture. I’ll use the concept of age as an example. One Australian newspaper reported in 1925 that the term young lady, referred to someone between the age of 15 to 20. Describing someone as a young woman, meant she was between 20 to 30 while simply using woman, suggested an age between 30 to 50. If she was between 50 to 60, she was an old woman and 60 and above marked the beginning of “real old age.” This does then inform the characters and their speech.

But as for some of the actual words—they can be totally bamboozling. Thanks again to Pascal Tréguer for this treasure published in The Washington Herald (Washington, D.C.). I’ve only included a snippet to spare you a headache.

“It was the cat’s pajamas,” she continued, after she had regained her breath for the first time since the “jazz” orchestra had struck up the first number. “It started rather blaah, though. A lot of the girls were cracking corns with strike-breakers because their regular fellows were out of town. I think that most of them turned subchaser to get them, too, for I noticed several flat-wheels and cellar-smellers.
“When these pick-ups struck the jazz garden they acted like a bunch of bun dusters and began necking it as though they had never been away from their Ma’s apron strings. But after they had been introduced they began to warm up and in a little while the party was jake.
“Some wallie tried to horn in but was bloused. He crashed the gate like a finale-hopper, but he did not get very far before one of the fellows was wised-up and the Egg Harbor hound was given the air.”

You could probably get the gist of this, but it would be very tiring reading for a whole book. Here’s a link to a 1920s Slang Guide to help out.
https://glamourdaze.com/2011/04/flapper-slang-guide.html

So in answer to the first question, enough language of the time so that it doesn’t sound like a contemporary romance, but not so much as to have the reader shaking their head, flicking continually to the definitions page or flinging the book down in disgust.

If you’d like to connect, receive my free newsletter each month and a complimentary copy of my short story romance, Never Too Late, subscribe below:

Wanting to get in touch with Vicki?

Click the below button to join my newsletter and
receive your copy of my free short story.